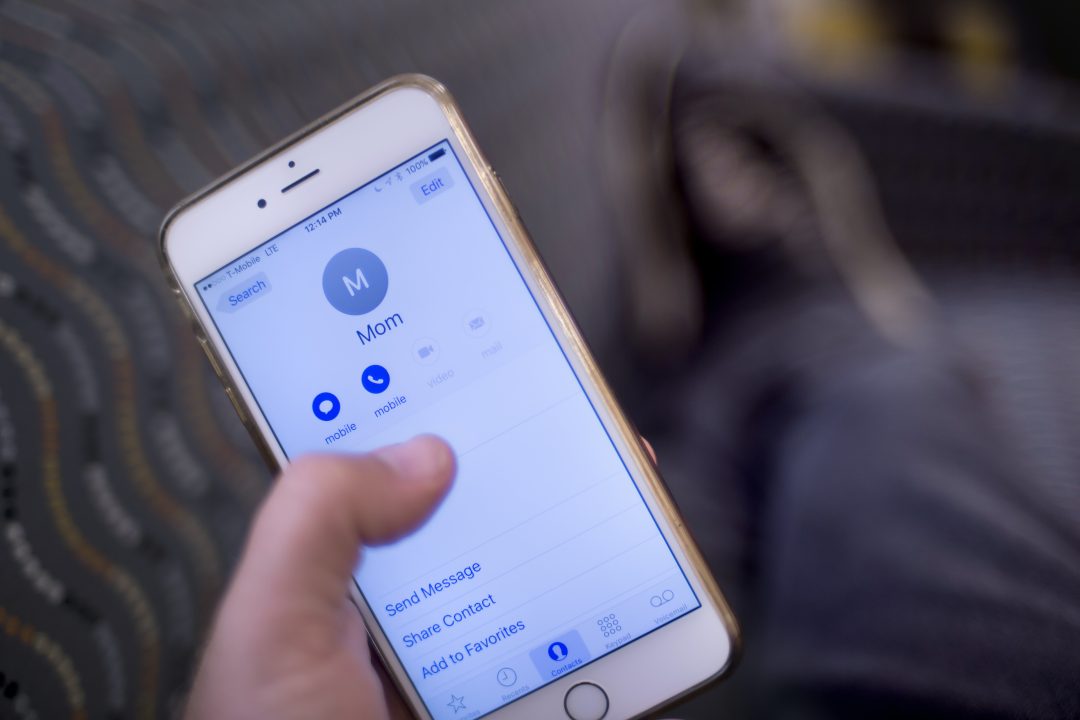 Making that Mother’s Day phone call isn’t as big a deal as it used to be. According to a study from the University of California, Irvine, adult children are in touch with their moms more frequently than were earlier generations, thanks to the proliferation of cellphones.

Previous research has shown a rise in maternal contact over the past two decades, and our work correlates that to the widespread adoption of mobile phones, said Chancellor’s Professor of sociology Judith Treas, director of UCI’s Center for Demographic & Social Analysis and co-author of the study. In the U.S. and 23 other developed countries, we found that those with higher rates of mobile phone subscriptions also showed increased contact between adult children and their mothers. The rapid development and diffusion of new communication technologies permit greater interaction among relatives, especially those separated by geographical distance.

But these new technologies haven’t revolutionized family communication so much as they’ve supplemented existing patterns. According to the study, daughters still call their mothers more than do sons, and the youngest adults reach out most often because they’re more dependent on their parents.

Treas and co-author Zoya Gubernskaya, assistant professor of sociology at the State University of New York at Albany, analyzed data from the International Social Survey Programs Social Networks module on intergenerational contact from the start of the 21st century, when mobile phones were just becoming common. The ISSP collected information on the frequency of adult children’s non-face-to-face contact with mothers, which was measured on a scale of 1 to 6, with 1 being less than several times a year and 6 being daily. This was combined with country-level data on the prevalence of such phones.

The U.S., which averaged once-a-week calls to mom, ranked sixth among the 24 nations surveyed. Israel and Italy were the leaders, with adult children reporting that they got in touch with their mothers several times a week, while in Japan, Brazil and Russia, such conversations occurred several times a month.

The study also found that adult children living in countries with more mobile phone subscriptions contacted their mothers more frequently. And the affordability and accessibility of cellphones virtually eliminated socioeconomic disadvantages in contact, as less educated children called their mothers as often as did the better educated ones.

Although our results show more frequent phone communication between adult children and their parents, there was no increase in face-to-face interactions, Treas said. Maybe the best present for Mom on her special day is an in-person visit.

The research was partially supported by a grant to the Center for Social & Demographic Analysis at the State University of New York at Albany from the Eunice Kennedy Shriver National Institute of Child Health & Human Development.

About the University of California, Irvine: Founded in 1965, UCI is the youngest member of the prestigious Association of American Universities. The campus has produced three Nobel laureates and is known for its academic achievement, premier research, innovation and anteater mascot. Led by Chancellor Howard Gillman, UCI has more than 30,000 students and offers 192 degree programs. It’s located in one of the world’s safest and most economically vibrant communities and is Orange Countys second-largest employer, contributing $5 billion annually to the local economy. For more on UCI, visit www.uci.edu.