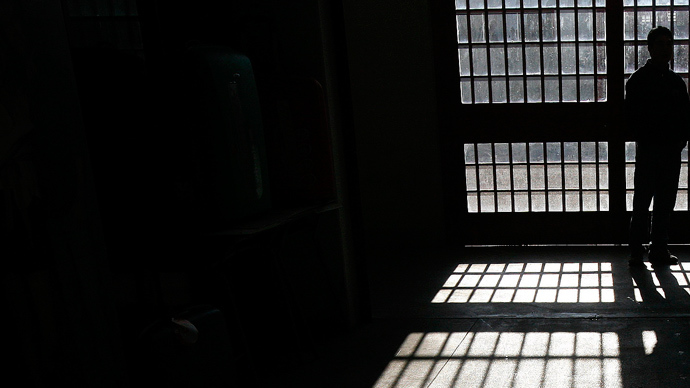 If you are detained in the United States and taken to prison, one of the questions during the booking process is, “How do you identify?” and whichever sex you claim will determine what cell block you are put in. If the corrections personnel fails to ask this question, then they have not complied with PREA requirements. The Prison Rape Elimination Act of 2003 (PREA) requires corrections officials to be PREA qualified; this basically means that unqualified staff members cannot work in corrections again, anywhere in the states.

Some may find it strange that the law requires a response, instead of corrections officer doing a visual confirmation, this is because segregation against transgender prisoners is against the law, and a visual inspection by the prison staff may be discriminatory based on their personal opinions.

Transgender prisoners are exposed in US penitentiaries as a result of the general policy of placing them according to their birth-assigned gender, irrespective of their present looks or gender identification. Transgender women with boobs, if locked up with men can leave them exposed to violence and sexual assault. As seen in the case of Dee Farmer, a preoperative transsexual woman with breast implants, who was raped and got HIV/AIDS when she was placed in a men’s jail. Transgender men who are placed in women’s prisons also encounter abuse; frequently more from the guards than other offenders. Ruthless harassment and rejection are frequent types of mistreatment that these prisoners face because they do not conform to conventional expectations.

For their safety, transgender prisoners in jail are occasionally put into administrative segregation or protecting custody. Even Though homosexuality is one of the reasons for placing an inmate in protective custody; some prison guards are homophobic believing that when two inmates have sex, it is consensual. However, this isn’t always the case, and a transgender inmate who may need to be segregated may not get this privilege because the guards do not regard the abuse as actual abuse.

Another issue is that protective and disciplinary detention are frequently the same. This is because the prisoners in protective custody are most times held with the most violent convicts. The custody available can be exceptionally restrictive and remote—sometimes in long-term lock down or solitary confinement—that keeps them from taking part in treatment, training, education and employment schemes. They are also prevented from interacting with other prisoners or receiving visitors, or from taking part in general prison activities like watching television, attending church services, etc.

Statistics of Transgender Abuse In Penitentiaries

According to Amnesty International, LGBTQ prisoners and even those thought of to be LGBTQ, are prone to cruelty, ill-treatment and violence from other inmates along with penitentiary officials. Amnesty Global states numerous examples worldwide where LGBTQ offenders were abused or killed by prison authorities or fellow convicts.

Statistics reveals that 59% of transgender prisoners in male penitentiaries had been sexually attacked while incarcerated compared to the 4% of their male counterparts. Transgender women in male penitentiaries have to deal with the threat of prostitution by both prison personnel and the male inmates. Forced prostitution can happen when a prison officer places a transgender woman in a male cell for payment, with the intention of being paid after the male inmates have raped her. In some cases, the prison officer will give the woman a percentage of the payment.

What Is Being Done To Increase The Quality of Life on Transgender Prisoners?

The Department of Justice issued new rules defining the guidelines it established in 2012 for how transgender prisoners should be treated in prisons. The 2012 recommendations required that prison and jail employees take the sex of the prisoner into consideration when determining where to put transgender prisoners, but many penitentiaries continue to follow state principles that delegate offenders housing based on their genitalia. The new DOJ guidelines declare that any allocation based on visual genitalia is a breach of the law.

Several nonprofits have been working tirelessly to see that transgender men and women are imprisoned with dignity. Professor Valerie Jenness is an author, researcher and public advisor whose work in the transgender community has helped advance this law. Valerie Jenness takes a closer look at prison grievances in her book “Appealing to Justice: Prisoner Grievances, Rights, and Carceral Logic.” In the book, she has some open interviews with prison staff and prisoners and walks the reader through the ancient grievance process. Works like this are helping promote awareness for PERA law.

As an outcome from the rise of awareness of the rights of transgender inmates in prisons, several organizations have been established just to support LGBTQ inmates incarcerated in the U.S penitentiary system. These organizations tackle the numerous requirements and distinct problems faced by these individuals in the prison system. Some of these organizations also help the family members of these prisoners. This goes to show that even when the government is doing its part, there is still so much that organizations and individuals like Valerie Jenness are doing to help support the transgender community.